Brawls are a type of battle that involves tactical team work to take down pylons of the enemy team. This is a 3v3 format. Brawls can include players as well as AI in fights. (AI are loaded instantly in the screen and are used by the system to complete a team of 6 only if there aren't 6 players online in the tier range.)

Players are matched with other players in their brawl tier (see brawl tiers for current/past ranges), then placed in teams based depending on their tier points. For example:

Player - Tier Points (having more tier points put you above others)

In Brawls for T13+ the team formation is completely random. 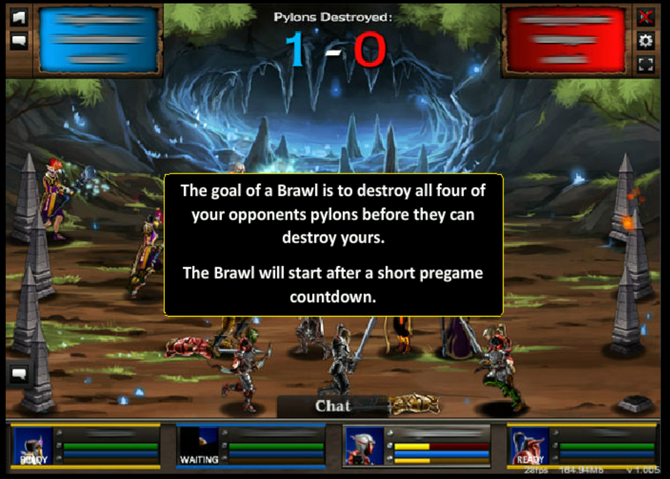 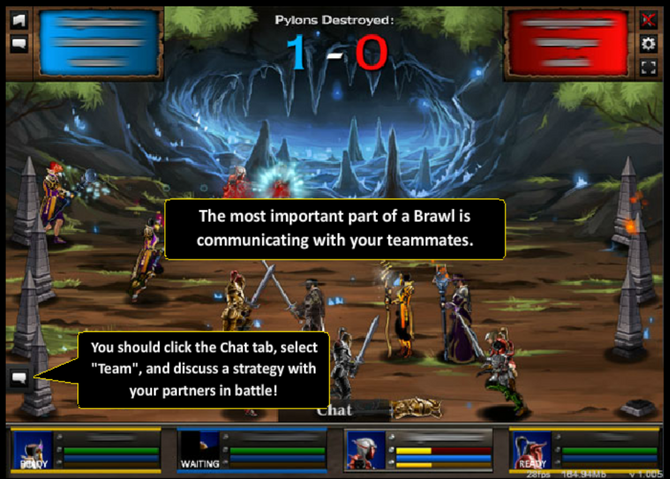 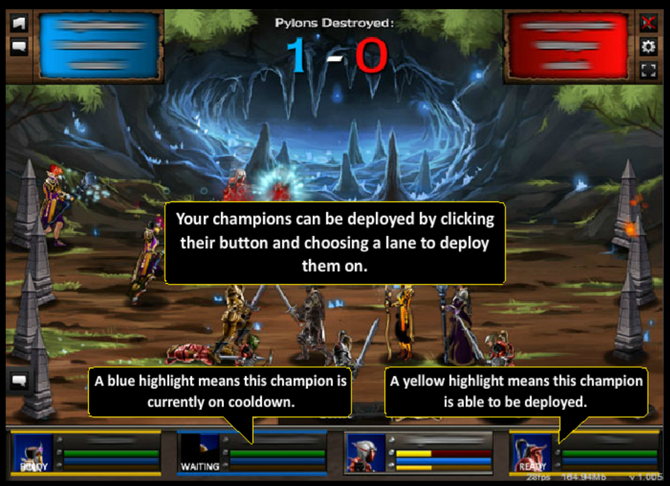 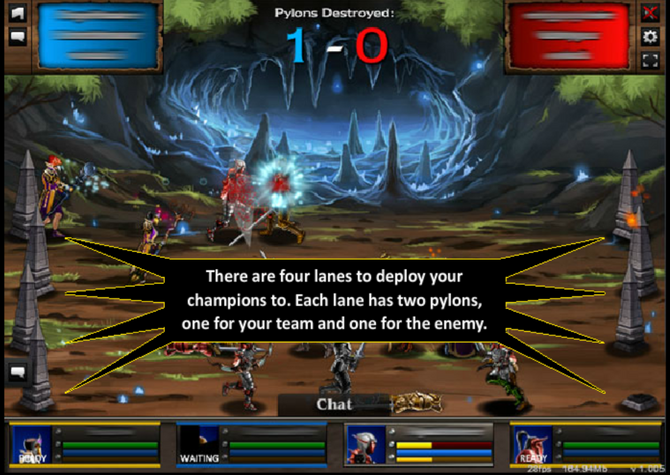 Select character using 1, 2, 3, 4. (After selecting a character, just click the lane you wish to spawn in.)

How Brawls Work In Combat

Characters use basic attacks, these are different for each class. Mages use Arcane Damage, Warriors and Dagger Rogues use Melee Damage. Bow Rogues use Ranged Damage. For maximum output add these damage types to your respective champions since they give a higher multiplier.

All damage bonuses count however, other damage types have lower multipliers. Example: If you have 10% Damage (Nether) on a Mage, the Mage will do 10% more damage but it will count as Arcane. However, if you add 10% Damage (Arcane), then it will give the Mage a larger boost of 15%-20% more damage in brawls/GW. The same applies to Bow Rogues (with Ranged Damage) and the Warrior/Dagger Rogue (with Melee Damage).

Community content is available under CC-BY-SA unless otherwise noted.
Advertisement